You will receive additional complimentary videos/
updates by email. To complete the process please click the link in the email we will send you.

You will receive additional complimentary videos/
updates by email. To complete the process please click the link in the email we will send you. 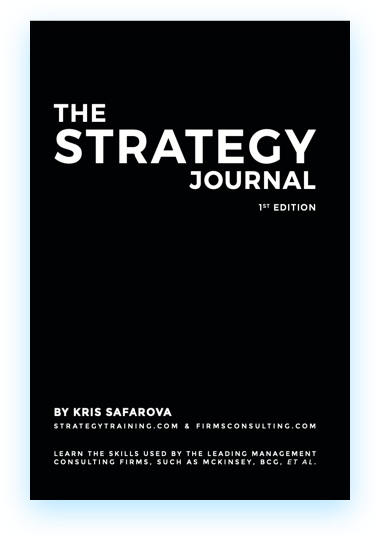 We have loaded 15 episodes of The Consulting Offer Season 2. We have also loaded 39 hours of bonus case interview material for McKinsey Implementation Group candidates, undergraduates, experienced hires and Season 2.

One of the absolute advantages of practicing cases with someone as senior as Kevin P. Coyne, is that you can be 100% sure of the advice presented.

There is no greater accuracy, and impact, on case preparation than advice from the former McKinsey worldwide strategy practice co-leader: especially one who worked out of some of the most popular offices like New York City, Washington DC and Atlanta.

You do not need to fact-check the material, spend hours on Google, blogs or even ask friends. You could choose to double check the advice provided but it is unlikely you could find a more credible source.

Even the consulting firms probably would not be as accurate since they are biased in presenting the best image of the firm. We are not obligated to those biases. Personally, we feel the main advantage to candidates is that you are listening to the person who made the final decision on hiring: a partner.

Working with business analysts, associates and managers is great, they are certainly helpful in getting you interviews and we encourage you to speak to them, but they do not make the hiring decision. That is a crucial difference.

Associates etc. can help you with preparing applications, reviewing resumes and getting to the interview, but the decision making process within a partners mind is what matters.

That is the difference between getting an interview and getting an offer. It comes down to the advice you receive. That is the main reason the show is called “The Consulting Offer.” It is focused on helping you obtain the final offer.

To help you understand a bit more about the show, here are transcripts from 2 of the scenes. There are 302 scenes across 17 episodes in Season 2.

Season 1 is about 7 times as large as Season 2 and the new bonus material is about 2 times larger than Season 2.

Sure. First of all, it looks terrific. But let me step back and tell you a little bit what the resume does for you and doesn’t do for you and how they look at it. Because I think that will help then put in context my specific comments about yours.

The first thing is once you’re in the interviews, the resume doesn’t matter much, meaning it is only in a decision meeting when we really have two candidates we really can’t decide between that we go back to the resumes.

So the resume is really about getting into the interviews. Then if you ace the interviews, it doesn’t matter whether you resume is stronger or weaker than somebody else’s. And that matters because let’s talk about how they actually go about reviewing the resume. When you send the resume in, the people who review your resume are actually pretty junior in the chain.

So for example, it’s probably a recruiting administrator.

This will be a person who probably did very well in college but was an English major rather than a business major. And he or she may have started out as an executive assistant. There might have been a promotion along the way.

But so imagine this person is college educated, bright, but is not the consulting partner, nor is it even a consulting manager who is going to be reviewing all of the resumes.

And she will review 2,000 in a year. She’s going to spend maybe three minutes on the resume at most. And she’s been given a semi-formula of what to look for. So when you’re writing the resume, and when I judge your resume, I judge it by how does it fit that formula.

Now, what she’ll do is she will narrow down the list.

And then there will probably be a consultant, been with the firm maybe two years or three years, who will look it over and narrow those to that. But you’re writing to that audience.

And you’re writing such that they can pick up the key things in about two to three minutes at most. First pass actually may even be 30 seconds or whatever.”

“Now, the three things they look for, and it’s fairly similar firm to firm– they might divide them into four, whatever. But basically, it’s three things.

Publications, the quality of the schools you went to, whatever. But again, in a minute, we’re going to look at your resume from the standpoint of, how quickly can they go, wow, good school, great grades, and great honors, done something unusual.

Second thing they’re looking for is the ability to lead others, because in consulting, you’re often working with clients.

Those clients always have day jobs. But you’ve got to get their attention to your project. And so this question of, again, going to be looking for signals in the resume that says, others have followed her when they don’t need to.

The third thing they look for is the ability to get things done under adverse circumstances. And so that might be creativity in problem solving. It might be resilience, when times are tough. It might be overcoming adversity, whatever.

But it’s this notion of somebody who gets something done. What you never want in consulting is somebody who, the first time they run into an obstacle, come back to the consulting partner and say, well, I couldn’t do that analysis, but it wasn’t my fault. The plane was late; the client canceled the interview, whatever.

You need somebody who is able to organize to get things done.”

The most interesting part about the advice we are providing is the lesson of honesty. We are not sugarcoating the process and placing the consulting firms on a pedestal.

We have views, based on our experience as partners, about the profiles of recruiters, the firms’ take on having children etc., and we offer those views.

The bonus material can be split into 2 groups.

These are unique episodes since they dig deep into understanding each Alice and Michael’s profiles: mentors, role models, decision to move to consulting, preparation strategy and more.

Finally, we spent an entire day debriefing each candidate to find out exactly why they performed as they did in the cases with Kevin: why that framework, why that answer, how they did they do this calculation.

In this way, subscribers can get a complete view of what the Alice & Michael did, why they did and how they did it.

So lets move on to some of the other bonus material.

We accepted a challenge to see if we could get Pete through the McKinsey screening process – with just 10 days of preparation. We succeeded.

Pete had had no prior case interview experience before contacting us. He holds an industrial engineering degree with a minor in business administration and had worked for one of Canada’s largest retail company’s before moving to the rail sector where he led continuous improvement programs with front line staff.

Pete is a Lean Six-Sigma Black and his training sessions are focused on operations and implementation cases.

There is 10 hours of training material.

Edward holds advanced degrees in the sciences and has worked for the federal government his entire career. In his thirties, he is planning to enter management consulting.

Kevin’s mentoring call with Edward and Edwards feedback on his BCG interview experiences are discussed in this series of recordings.

There is 3 hours of training material.

Stanley is one of Firmsconsulting’s most gifted clients. He is an undergraduate from Australia who entered investment banking, and declined positions in smaller consulting firms before joining the program.

Stanley’s mentoring calls with Kevin, and his feedback on the entire interview process with BCG and Bain are discussed in this series of recordings.

There is 7 hours of training material.

Alexei is an experienced professional from Ukraine. He has a background in financial services and investment banking with a degree in business.

He was interviewing in just 4 days for Bain and needed help rounding out his interview preparation.

There is 14 hours of training material.

There is now something for everyone.

Want to learn more about how FIRMSconsulting
can help your organization?

Start here if you are preparing for case interviews. This is an overview of what you need to know to improve your chances of receiving an offer.

We produce an extensive list of podcasts, books, videos, slides and other media. This content guide can help you navigate your way through and build your career development plan. It’s helpful to remember that a leader gets things done. Therefore, always think about how to implement your ideas. We offer…

We have numerous strategy studies on our website, both the video explanations and the editable slides. This is an overview of one such study. We teach from first-principles only. While you will see frameworks and processes, we teach you how to develop them and why we developed them. This means…

Are you a leader or an analyst?

Sign up to receive exclusive preview episodes from powerful training programs with ex-McKinsey, MCG et al., partners. Learn the skills to become a leader and contribute to the world.
This is your time. Your stand begins now.